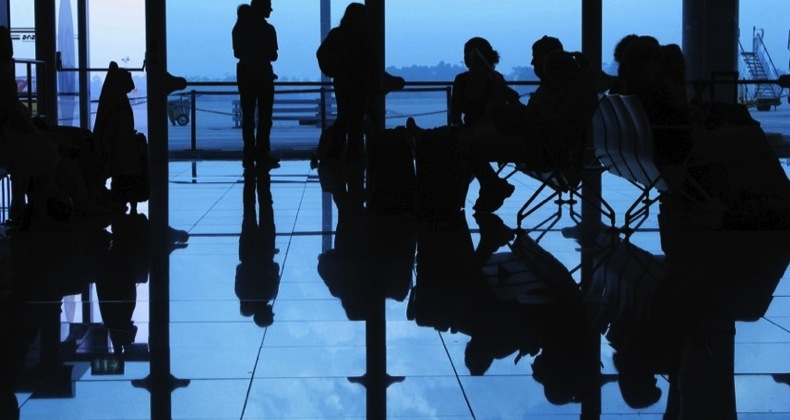 A funny thing happened on the way to DC

I've just returned from travelling to the USA where I attended a meeting of the Milwaukee JUG and Joomla!Day DC where I had the opportunity to meet many friends, old and new, some of whom I've previously only met online.

One of the great things about meeting in person is to share stories and adventures, consider new ideas and of course get to know the real person behind the avatar or nickname.

Over the next few days I'll be writing several blog posts as a direct consequence of the trip but before I do that I wanted to share a small story about my adventures travelling to the USA this trip.

It was a cold and windy Friday morning when I left home for the airport and the long trip ahead.

My bags were packed with clothing for all occasions but as someone who really feels the cold on an air-conditioned plane I ensured that I was wearing my thick black sweatshirt. (Some of you may have seen it. It has the url and tagline of this blog on the back).

I had to wear the sweatshirt as my hand-luggage was full of every gadget I could think of to keep me occupied for the long flight. Videos on my ipad, audio on my ipod and books on my e-reader plus my laptop just in case.

Arriving at Heathrow to change flights the sun came out and being a glass walled building you could fry an egg off the floor. Not suprisingly I took off my sweatshirt but as my bag was full of gadgets I chose to drape it across my shoulders.

The flight to Chicago was very full but after about 20 minutes I had fought my way to the back of the plane and taken my seat in cattle class. (Why is it that american airlines don't enforce any limit on the size of bag you can take into the plane. Everyone appeared to have a bag the size of Kansas that they were trying to squeeze into the overhead lockers)

Would "brian.teeman.net who agrees to disagree but really doesnt care"
please make himself known to the stewardess!

Doh!!! I had dropped my sweatshirt - and now the whole of flight AA91 from Heathrow to Chicago knew all about me.

The moral of the story

If you want some free publicity to a captive audience of several hundred people make sure you have your brand and tagline printed on a sweatshirt and drop it on a plane.