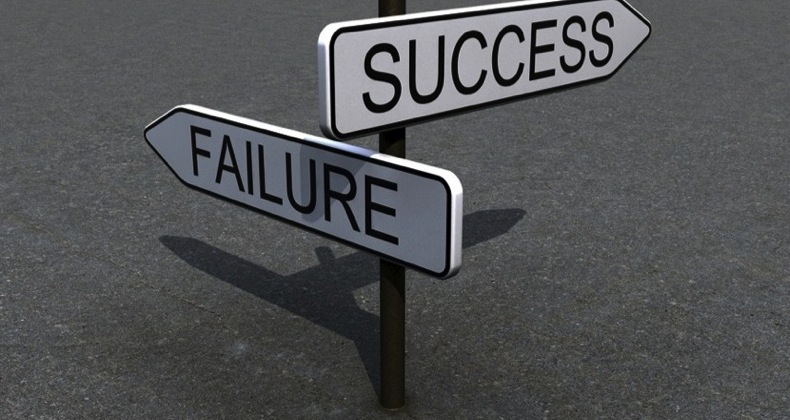 It's good to fail

Now that might seem like a strange thing to say but if you don't fail at some things then it means that "you are not trying hard enough".

If we always take the "safe" option that has guaranteed success then we will never truly move on and progress.

When I started this blog, and it took a lot of convincing to do it, I took a decision that this blog would not be the usual Joomla blog.

Sometimes they work and elicit some interesting responses and sometimes they don't. Some of the articles are read by thousands of people and others just a few hundred regulars but that's fine.

If I was worried about failure I would probably not have written the majority of them.

When we look backwards at changes in mambo/joomla over the years the same is true. Some of the changes have been radical and raised much debate and even consternation but by being brave and "trying hard enough" we have seen some real improvements.

The first success that springs to mind would be the removal of the twin editor windows for content, I know I was doubtful if that was the correct way forward as I was so used to the introtext and maintext windows but now I wouldn't want to go back.

But of course there have been failures as well. In the days before "content parameters", when they were first introduced they were awe inspiring and provided options that we had only dreamed of before. Unfortunately in the rush to add more parameters the interface became "scary" and "complicated", it got much better in 1.5 and hopefully this will continue in 1.6.

It is said that Thomas Edison produced over 1,000 light bulbs that all failed before finding the one that worked. Edison importantly didn't see the failures as wasted time or effort but as an essential part of the learning process, he was learning all the possible ways not to make a light bulb.

Too many people, in my opinion, are too scared to fail. I fail every day, or at least that is what some people think. But I don't look at them as failures for me they are "experiences"

I am always amazed at how scared people are to fail. I fail all the time…. or at least what other people would consider to be failures. I would rather call them experiences that I aim to learn from until those experiences become successes.