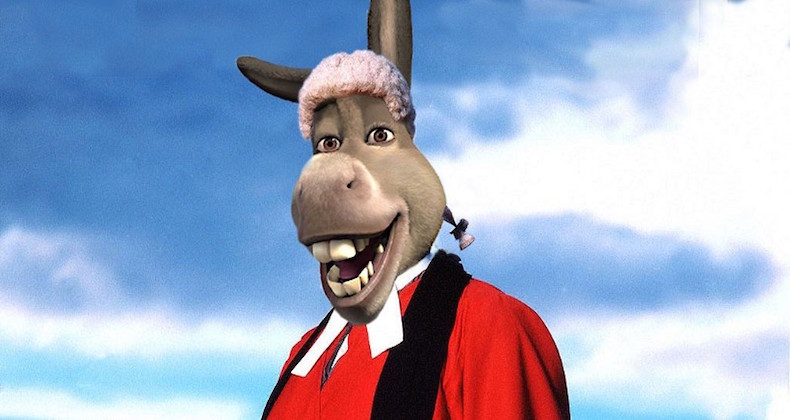 The Law is an Ass - German #Joomla community needs your help

The German Joomla community needs your help - please take a few minutes to read this and then share it with all your Joomla and Open Source software friends.

J and Beyond e.V. is the legal entity that supports the Joomla community in Germany and operates the JoomlaDay Germany, JoomlaCamp Germany and J & Beyond conferences. It was founded in 2004 as a non-profit organisation but now that non-profit status is in danger.

In economic terms, a nonprofit organisation uses its surplus revenues to further achieve its purpose or mission, rather than distributing its surplus income to the organisation's shareholders (or equivalents) as profit or dividends.

That is the definition that wikipedia uses and to the non-lawyer it makes perfect sense. But in law that's not good enough. The law requires more and in most countries that is as simple as "serving the public good".

The law works in black and white - there is no grey and there can be no interpretation. The law requires a definition of "serving the public good". In Germany there is a list of activities that qualify and the closest one to the activities of J and Beyond e.V is "educating people in terms of national, vocational or adult education".

For the first 6 years the German tax authorities were quite happy but in 2010 they decided that J and Beyond e.V was not "serving the public good" and would need to pay tax at the higher rate for for-profit companies.

So what is the problem?

Surely organising Joomla conferences etc is educating people. From what I can understand of the argument the German tax office's view is that there are other ways to educate people such as writing a book. To them this is the better way to satisfy the educational requirement. And when they say better they really mean "only".

As a result J and Beyond e.V. has been taxed at the much higher corporate rate and they are appealing against this decision. (It is important to note that at all times J and Beyond e.V has paid the taxes that have been requested and does not owe any money).

The organisation of J and Beyond e.V. obviously and logically disagree that there is just "one way" to educate people and that conferences are just as valid of method as writing a book.

For several years this was discussed with the tax authorities until it went to court this year where it was decided that J and Beyond e.V. could not prove conferences were the "only way" to "educate people about Joomla". As a result the organisation was deemed to not be a non-profit organisation.

However the court accepted that the legal argument of the tax authority about "the only way" would effect almost all non-profit organisations in Germany and granted the right to appeal to Germany's highest financial court in Munich. Would a local community soccer club lose its charitable status because their objective of "supporting sport" could be achieved by other methods not just soccer?

This in itself is a small victory as very few cases are appealed to the higher court.

They need your help

Going to the higher courts obviously is expensive. There are court fees and legal expenses that are estimated to be about €5000 ($5600). As a non-profit organisation (lol) that's a lot and that is where you can help.

Please go to generosity.com and make a donation. Anything at all will really help even if its just one euro, one pound or one dollar.

And please make sure to share this news on facebook, twitter, linkedin, google + and wherever you meet like minded people who want to protect the right of a non-profit organisation in Germany to decide for themselves the "best way" to satisfy their aims.

In under 24 hours the amazing Joomla and Open Source software communities have raised the money that was needed. Thank you.