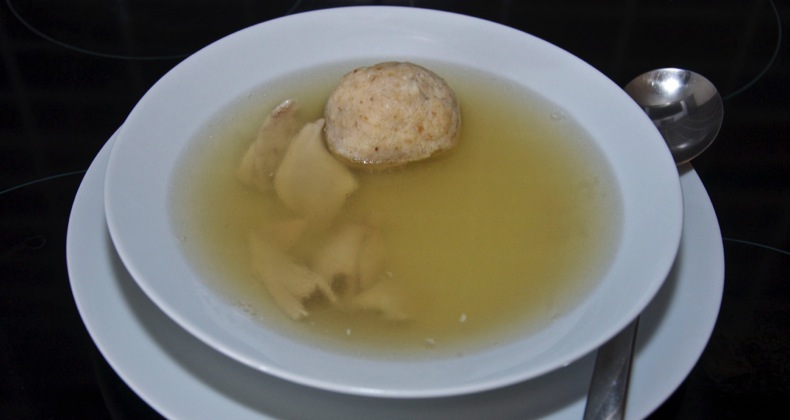 J and Beyond - Chicken Soup for the Soul

I arrived at J & Beyond not in the best of moods. I'd been off work sick for the previous month and to be honest I was tired, run down and a little depressed. There are just times when things become a constant battle of frustration and nothing seems worth the effort and that's exactly where I was. After months of preparation for JAB14 I was no longer interested and was determined that this would be my last JAB and probably my last Joomla event. Mood 0/10

I had convinced my JAB teammates to introduce two new features for 2014 and I was no longer certain that the Make it Happen or J!Factor events would be a success. I didn't see the commitment and support from the community that I felt these two initiatives deserved and as they were intended to be a major focus this year I just felt JAB would fall flat on its face together with any reputation I might have established for being involved in successful events.

Within a surprisingly short time after arriving at Königstein my mood was changing. I could see the rest of the JAB team hard at work building the network and installing miles of cabling. People were volunteering to help with the boring task of putting flyers and giveaways into bags and I was greeting old friends from around the world. Mood 3/10

I still didn't feel like I was back to my normal self. At almost the last minute Michael informed me that his passport hadn't arrived so I would need to give the opening keynote. Although he had prepared the slides and some notes I'm not Michael so I needed to sit down and prepare and write some new material. (Robert would never have let me get away with recycling the same stories). This could be my last presentation at a Joomla event and I wanted to go out on a high if I was going to go out.

The opening keynote sets the tone for any event - if it's boring and doesn't get the message across then the whole event can be effected - that was all I needed - more pressure. Yet somehow as soon as I picked up the microphone and stood on the stage in front of 200 of my closest friends my mood changed. Looking around the room as I delivered Michael's thoughts in my own words I could see smiles and laughter. Most of you did not know that I had been unwell or even that I was thinking of making it my last event but the warmth and friendship that I felt in that room at that time I will never forget. Mood 6/10

The JOSCAR awards was my first involvement in JAB and to be honest with you it was only ever intended as some light hearted entertainment. I never really "got it" when people expressed their excitement or disappointment at the results. It was just a piece of fun - how could you really take it seriously.

In 2013 I had decided to get more involved in the Joomla code. I'm not a developer so in the past I'd only really had involvement with the code at an ideas level. But helping test and report bugs seemed like something I could do and when I felt the need for some Open Source Gardening I just jumped in and did it. So when I got up on the stage to collect the Bug Junkie award for finding and/or fixing bugs on the tracker I really felt like my time and effort had been rewarded. This year I can say I truly "got it". Mood 7/10

The idea for the J!Factor sprung from a conversation on Facebook. So many open source projects and job adverts call for rock stars and yet we'd never seen anyone bang the drums or perform a sliding riff on the guitar. I knew we had some talented musicians within the Joomla community but what other talents lay hidden deep beneath the shy exterior.

As this was the first time we had tried it I'm not sure what the audience was expecting. I know for certain that I was surprised. I was surprised by the hidden talents, I was surprised by the range of talents displayed and most of all I was amazed by people's willingness to stand up and take part even when the only talent they had was a belief in their own ability to entertain and a will to give it a go. I never would have expected to listen to classical saxophone, opera, Grammy award winning drums or to see a man with steel balls. Mood 8/10

Since the first year of J & Beyond the infectious laughter and childish humour (who will ever forget the JUGs) of Alex and Jack had lit up the bar. Sadly just after JAB13 Alex's daughter Lizzy died from a particularly aggressive and cruel form of cancer, Neuroblastoma. Since then Alex and family have been working hard to raise money in her memory to fight against childhood cancer.

Robert wanted me to stand on stage and try to sell eight old JAB t-shirts in support. I thought I would be lucky if I could convince people to donate €200 but once again the Joomla community surprised me and even brought tears to my eyes as we raised just under €1000. Mood 9/10

This was intended to be the centrepiece of J & Beyond 2014. I was sick of seeing the enthusiasm of previous years Working Group discussions disappear as soon as JAB ended and yet I loved the enthusiasm and excitement of working together in groups during the late night bug squashing sessions.

I was looking for a way to get every attendee involved in contributing to Joomla. I wanted those that had never experienced the joy of contributing to a group effort to feel what I feel. And most of all I wanted everyone to leave JAB14 feeling that they had contributed to something and had actually produced something concrete. As the organisers we were just throwing out some ideas and hoping that people would pick them up and actually make it happen.

I couldn't bear to be in the room when David explained the idea and directed people to different parts of the site. Would it work or would people just drift off to the bar and the pool. I took myself off to bed for an hour to hide. Mood 7/10

But I couldn't sleep, I wanted, no I needed, to know what was happening. I was convinced everyone would be in the bar drinking and yet I hoped, perhaps against hope, that the bar would would be empty and the rooms would be filled with people working. And they were. All across the venue groups large and small were sat together coding, documenting, translating, designing and planning - even the bar had a group of people sat around laptops instead of beer working on improvements to the Magazine.

It worked and it worked better than I could have hoped. We really were making it happen at JAB14 and we've kept it going since. Mood 9/10

Many people over the years have expressed a wish for JAB to be longer than three days. I've always felt that it was exactly right and by the end of each years event I've been ready to get home. But not this year. The love, warmth and laughter shared amongst 200 friends can not be beaten and I really didn't want JAB14 to end.

You may not have realised but you've helped to get me back on my feet. So thanks to all the JAB team and all the JAB attendees. I'm re-energised and ready for more great Joomla events in the future - I've even spent the last week searching for venues for J & Beyond 2015. Mood 10/10