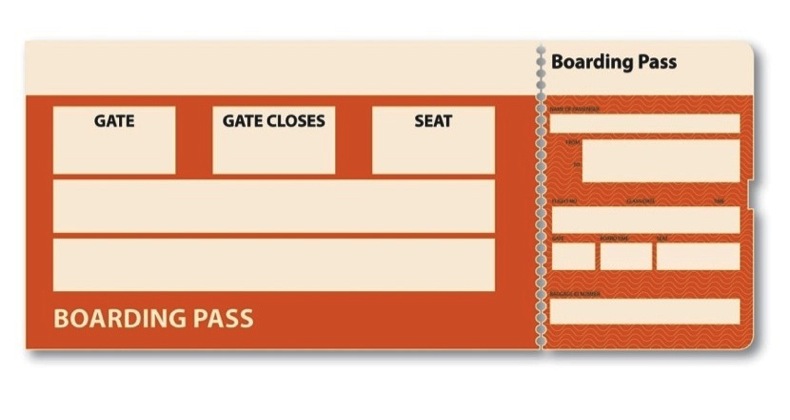 Is it time for an International Joomla Event?

Whilst I was travelling home from Joomla!Day Germany I started thinking about how long it was taking me and was the journey worthwhile. The answer was "not that long" and "yes definitely".

Then I started wondering if my journey was amongst the longest and I quickly realised that because I was flying and others even inside Germany were driving then it wasn't.

Can you tell where I'm going with this?

If we had a venue for Joomla!Day in the centre of Europe, in a place with excellent road, rail and air links is there any reason not to have a pan-European Joomla event.

Before anyone jumps down my throat I am NOT talking about replacing all the national Joomla!Days but adding an additional one.

Think about it for a second.

A national Joomla!Day takes place once a year but with an additional European Joomla!Day you would have two events to attend.

What is the aim for a Joomla!Day?

I believe that Joomla!Day is a place for "all" users of Joomla to gather together, listen to speakers, participate in discussions, share experiences and most importantly have a great time.

As an english man I suffer perhaps more than many Europeans by being able to speak only one language but in mainland Europe that is typically not the case. As I have found on my travels many Joomla!Day attendees speak 2, 3 or even more languages. There would be no reason for this event not to offer sessions in many languages and in some cases even the same session by the same speaker in different languages.

Remember that a Joomla!Day is not just about the sessions that you attend and participate in but it is also about the time spent meeting others outside of the sessions over a beer, coffee or meal.

How much and how long?

Obviously when people are travelling longer distances it would not make sense for this event to last a single day. A two day event would be more practical. As more people will have accommodation and travel costs than at a national event it would be necessary to keep both the attendance costs as low as possible but also to offer budget accommodation options as well.

Who would organise this?

In an ideal world I would suggest that representatives of each national Joomla!Day would organise and market the event. If you've ever organised a Joomla!Day you know it is both a mammoth task but also one that gets easier the more you do it. Most things can be organised online although you would also probably need a few extra people who are physically located near to the chosen venue.

Where would it be?

During several drinks in Bad Nauheim I realised that the venue had been chosen because it was so central within Germany. Looking at a few maps I can now see that for many attendees in Belgium and The Netherlands they had a shorter distance to travel than many Germans. Of course Fotis driving all the way from Greece was probably a little excessive and showed a level of commitment to the event that was a little mad.

I generated the map below using http://www.freemaptools.com/radius-around-point.htm to show the distances from Frankfurt, Germany. Of course this only takes into account physical distance and not travel times but with its excellent road, rail and air connections it would certainly be a viable central location.

With the added benefit of fast and cheap air travel in Europe now I suspect that those people who live furthest away could actually get to the event cheaper and faster than some of those "locals" who drive.

So what do you think?

Anyone up for the challenge of organising a Pan-Europe Joomla!Day(s) event? 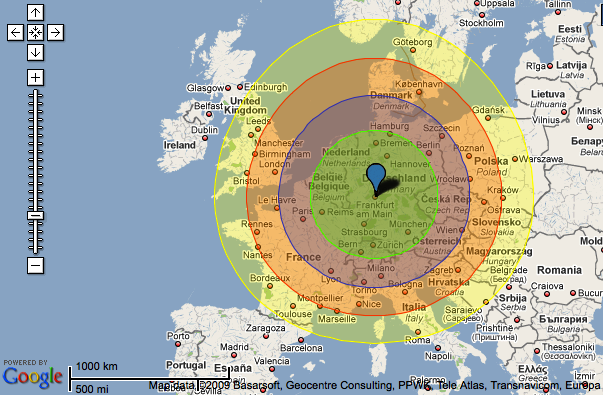