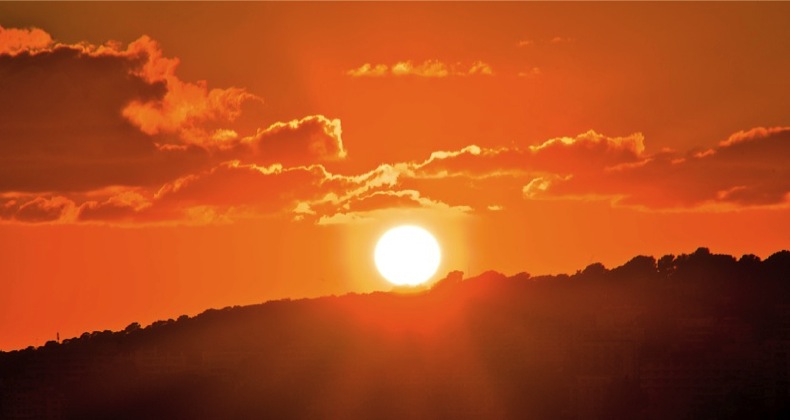 Welcome to the third incarnation of this blog.

When I first started this site - as well as sharing my thoughts on Joomla! and the web in general my intention was also to show how Joomla can be used to build a really great blog.

The first version was built with regular Joomla content and as soon as K2 was released the site was redesigned, rebuilt and given some K2 magic by the guys at JoomlaWorks. With the release of Joomla 2.5 it became clear to me that not only was it time to migrate my site to 2.5 it was also time for another experiment.

I have taken the opportunity with this rebuild to look at how you use this blog, how you find the content and the best way to satisfy your requirements. After studying the analytics and heat maps one thing was really obvious, the overwhelming majority of site visits are via Google and other direct links such as newsfeeds and social media. So did I need 15 categories, latest content modules, top content modules or tag clouds? It would appear that I did not.

Historically, especially in the early days of this blog, there were many articles that were nothing more than fillers or news items that could be found elsewhere. I've taken the opportunity to remove those as they serve little historical purpose. Don't worry all the good, possibly controversial and hopefully interesting content is still here.

I've also spent quite a long period of time re-analysing my own needs for this blog. The more that I tested Joomla 2.5 the more it became apparent to me that I could probably build the entire website in pure Joomla with no extensions. I've almost succeeded in doing that but more about that later.

So after deciding that I only needed a very simple menu structure with just a few categories and discovering the article intro and full image features in 2.5 there was no longer a need for me to use K2. Extracting my content from K2 and putting it back into core content was a more challenging task than I expected. (To the people who told me they didn't like K2 because it didn't extend com_content but replace it, I eat my words.) With the help of Nicholas of akeebabackup.com a script was written to handle the move. Then it was just a hard slog going through the content, re-categorising it and removing the cruft.

Of course I would also need a new design for the site and as I no longer needed many modules on the homepage it was an opportunity to try something different. Almost 2 years ago when JoomlaWorks created the last template from my mockflow design it was fairly cutting-edge. Unfortunately it was also very heavy and the homepage came in at over 1 MB and there was nothing really mobile friendly about the site, did the term "responsive web design" even exist then.

My initial sketches for this template actually looked rather like the old one. Clearly I liked certain aspects of that design or I would not have come up with something so similar again, but could I come up with something a little bit more unique. I definitely don't want the first impression of anyone visiting this website to be "oh yes Brian is using this template for this template club". During the period of time that I was coming up with the design the BBC also redesigned their site with big bold headlines and large leading images. I think you will clearly see where my influences came from.

But what about mobile? Should I do anything different to the site for mobile viewers? Should mobile viewers get the same experience of the site - something they might not get with some of the "mobile to Joomla" services. And what is mobile, what screen size do you design for, landscape or portrait, flash or HTML 5, touch, wheel or pen? I definitely did not want mobile readers of my content to miss out on anything and being the owner of 5 portable devices each with a different operating system, screen resolution and choice of input devices perhaps I just wanted to ensure that it always looks good to me.

So a responsive web design it is. Almost every day for the last few months there appears to have been a new "hot" contender on the block. Should I choose one of those frameworks, if so which one? The more I read about them the more I felt that each had their strengths and weaknesses. So for me at least the best option was to ignore the big-name frameworks and choose something without restriction or limitation built on standards.

Seth Warburton of Internet–inspired.com has been building a boilerplate responsive Joomla template for several months now and I had used a very early version of it to build the Spread the Joomla!Love website. Seth was very keen to help turn my sketch into a Joomla template although perhaps, after my constant change requests, he won't be as keen again in the future. So I can take no credit at all for the creation of the template, the ideas are all mine, the work is also Seth's and any bugs are my fault.

I said earlier that I was attempting to build this website without the use of any extensions and I almost succeeded. Like almost every Joomla website builder I installed the big three. Akeeba for backups, admintools for the little things that just save you time and on this site also for URL redirection and finally JCE, the WYSIWYG editor. All three of those are tools to help me, not extensions to present the content. I consider both Ryan and Nicholas to be good friends of mine and the fact that they listen to my bug reports and change requests and respond so promptly is definitely a major plus.

The only extension you will see on the front-end currently is Disqus for the comments. (I plan to replace this in the near future with a hybrid Joomla/Disqus plugin – more details on that in the future). Everything else you see on the website has been done using core Joomla 2.5 components and modules and some template overrides. jQuery has been used in a few places but always in such a way that it degrades nicely when JavaScript is not enabled.

With the additional workload of organising the programme for J & Beyond as well as my new role at JoomlaShack University all this has taken me rather longer then I initially expected. Not really because of the amount of work involved, although not insignificant, but the age-old reason that our own websites have a lower priority than those of our clients. Of course travelling the globe speaking about Joomla at various conferences doesn't help either but I wouldn't do it if I didn't love it.

I was sure that there are still some bugs to find and some missing images to fix but there is only so long you can spend on the last 5%. So rather than waiting any longer I proudly present the third incarnation of my blog.