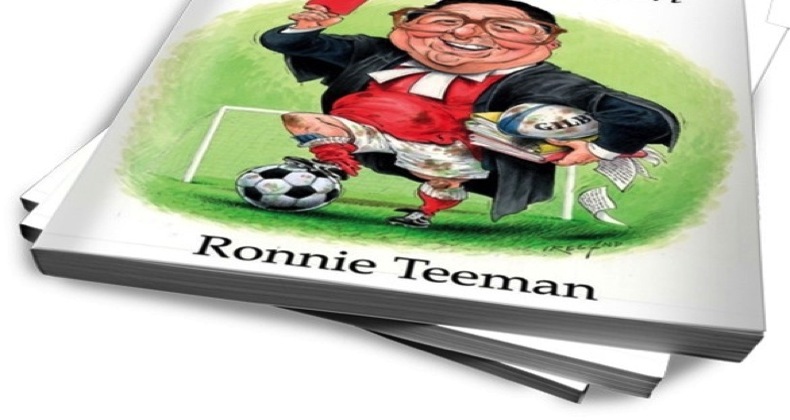 A Lawyer for All Seasons

For the last year I've been helping my father publish his memoirs, A Lawyer for All Seasons,  and on Monday that whole process reaches it's natural conclusion with the Press Launch.

After practicing as a Lawyer for 60 years dad had a lot to say and with him being a technophobe it's been a long and drawn out process. Everyone in the family is a Lawyer except for me and so with me being the black sheep who did understand IT it was up to me to help out.

Each "story" was first written out in long hand, in handwriting that surely would have been better suited to a medical practitioner as it is thoroughly unintelligible. Dad then dictated his writings into a digital voice recorder ready for typing.

I did initially try using an oversees transcription service but they had a habit of correcting the grammar and prose which as an author you obviously do not want. In the end we used a local secretary for the transcription to Word which was then emailed to me so I could print it out for Dad to read and correct.

When the manuscript was complete it was sent to the publisher, who on realising that there was enough material for 3 books, passed it on to an editor for further work. As the book is a memoir and not a chronological biography the editor has reworked the "tales", selecting the best ones, trimming the verbose ones, and generally grouping them into themed chapters.

Of course as the editor completed a chapter it was emailed to me for printing again and further correction. Travelling as much as I do this often meant that I would receive the chapter at the other end of the country so I used a service that would allow me to print it out, via the internet ,on the printer on Dad's home office desk.

If you've practiced the law for as long as my Dad you're bound to have had many different experiences and tales to tell as well as describing how the whole process has changed over the decades. Like most lawyers of his generation he has worked in much broader areas than the more specialised lawyers of today. However Dad's career can broadly be broken down into two distinct areas, Crime and Sport.

As you may have gathered from the cartoon profile, Dad doesn't have the figure of an international sporting star. Apart from a spot of boxing at University, until his mother stopped it in case he got hurt, Dad has been an avid spectator and not an action hero.

In the 60's, 70's and early 80's the leading sports players did not have the team of advisers, agents and "hangers-on" that they do today. Instead they relied purely on the advice of a trusted lawyer and for many of the sporting "greats" of that time, Dad was that man. It didn't matter if they were an Olympic athlete, rugby player, speedway rider, boxer or global soccer star for them Dad was the sole fount of all advice.

It was not unusual, as a child growing up in Leeds, to return home from school to find a few international soccer stars sat around the kitchen table. School friends used to enjoy coming to "play" at my house as you never knew who might be there for a game of "five-a-side" in the garden.

That's the area of the Law that I knew about so checking the chapters that cover this period contained few surprises as to me they were all well known stories, for many of which I can say "I was there".

In a family of lawyers the inevitable topic of conversation at the dinner table surrounds the law. As almost the only non-lawyer in the extended family I tend to drift off into my own world at these times so many of the criminal cases in the book are new to me or took place before I was born.

My father is perhaps a rare man in the legal world, a man with a social conscience, who believes that every man, whatever he is charged of, is entitled to the best legal representation possible whatever their alleged crime.

During the early 70's the Police in Leeds were the subject of two criminal trials that inevitably led to national debate, the Leeds Police Trial and the sad case of

I've written before about my father's role in the internal politics of Ghana in it's early days of Independence before but I had no idea he was also involved in Nigerian politics during the Biafiran Civil War in a case that is still being discussed 40 years later.

However, perhaps my favourite tale is that of the scrap metal dealer, the guard dog and the lost testicle.

It's certainly been an experience helping dad in the challenging process of transferring his memoirs from his encyclopaedic mind to the printed page. But Dad if you're tempted to write another one, perhaps you can entice your grandson into helping you the next time.